"Vanishing Dictator"
A multi layered illustration created to help raise funds for Solidarity Zone – the foundation which supports the persecuted Belarusan journalists and the families of the members of the opposition arrested by Lukashenko’s regime. The illustration was used on the donation website and each payment made the dictator more and more powerless and made the attributes of the dictatorship slowly disappear. You can see the website here.
The illustration was created as a multi-layered file so that with each donation one element of the of the dictator’s uniform would disappear (including his shirt, hat and characteristic moustache). Additionally, I drew over 100 slogans that had been really used during the protests which would slowly appear in the background making the official flag of Belarus disappear and then – when Lukashenko was weak and powerless - they started to form the red and white flag of the opposition.
***
Animation: 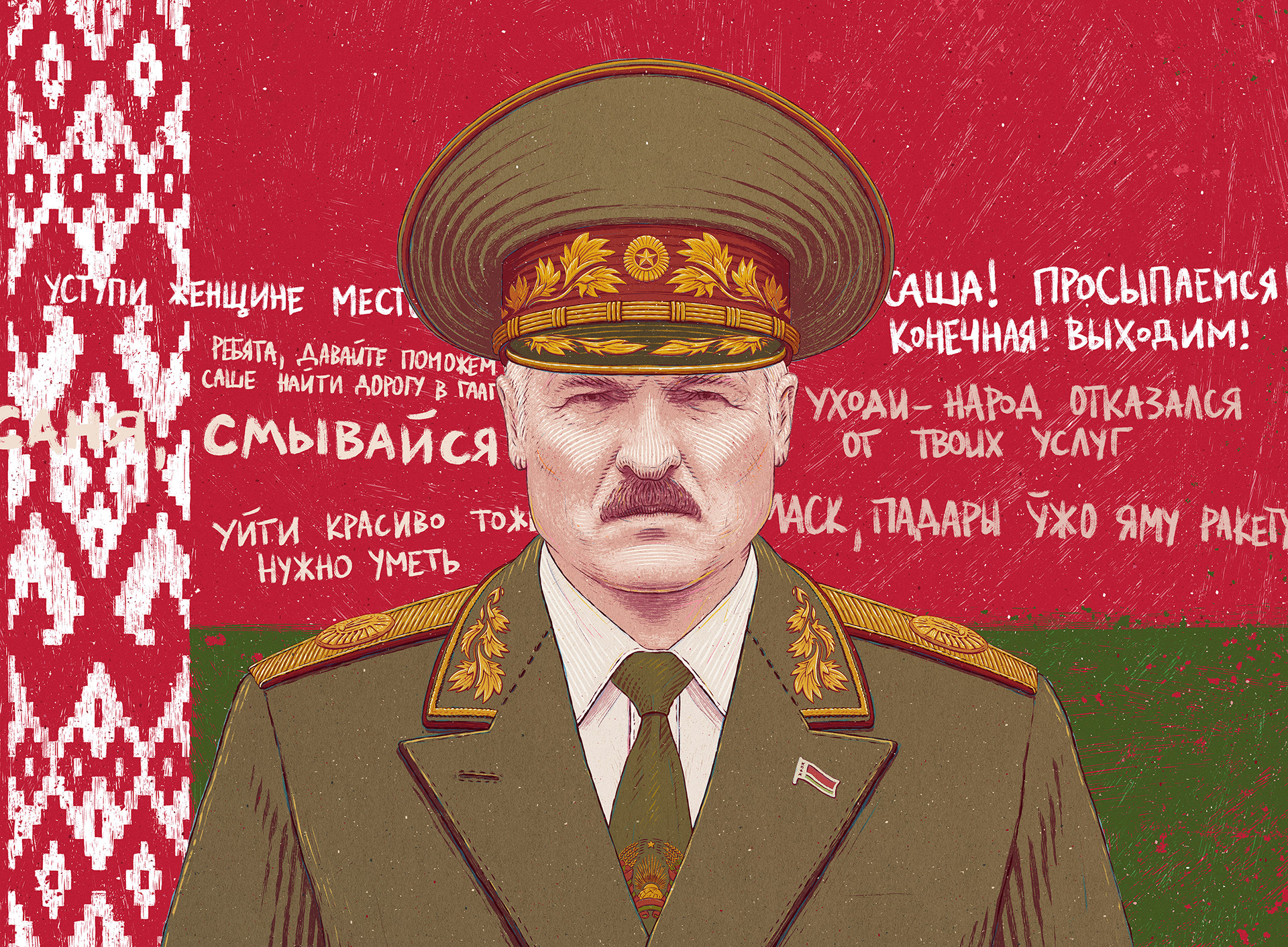 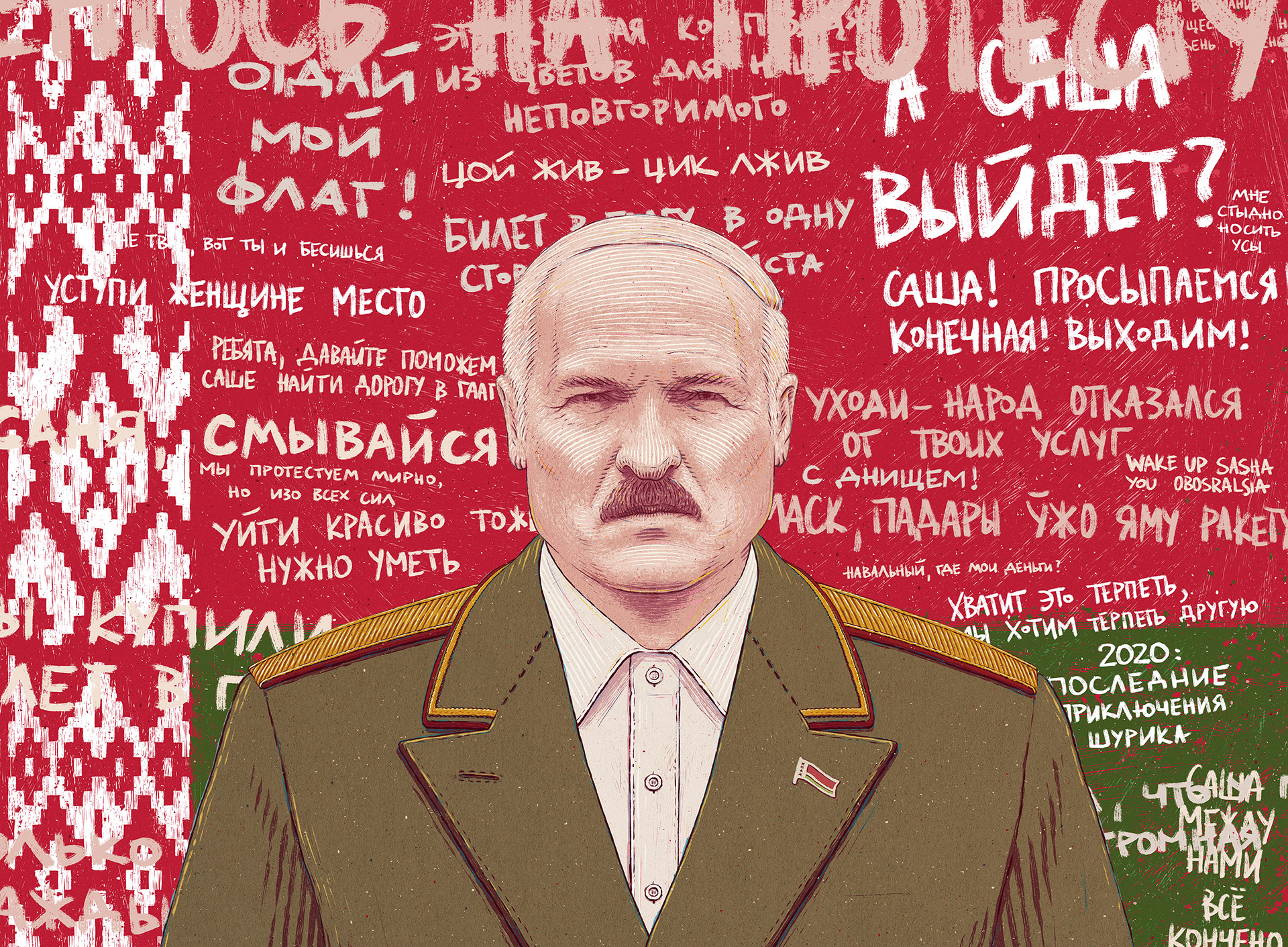 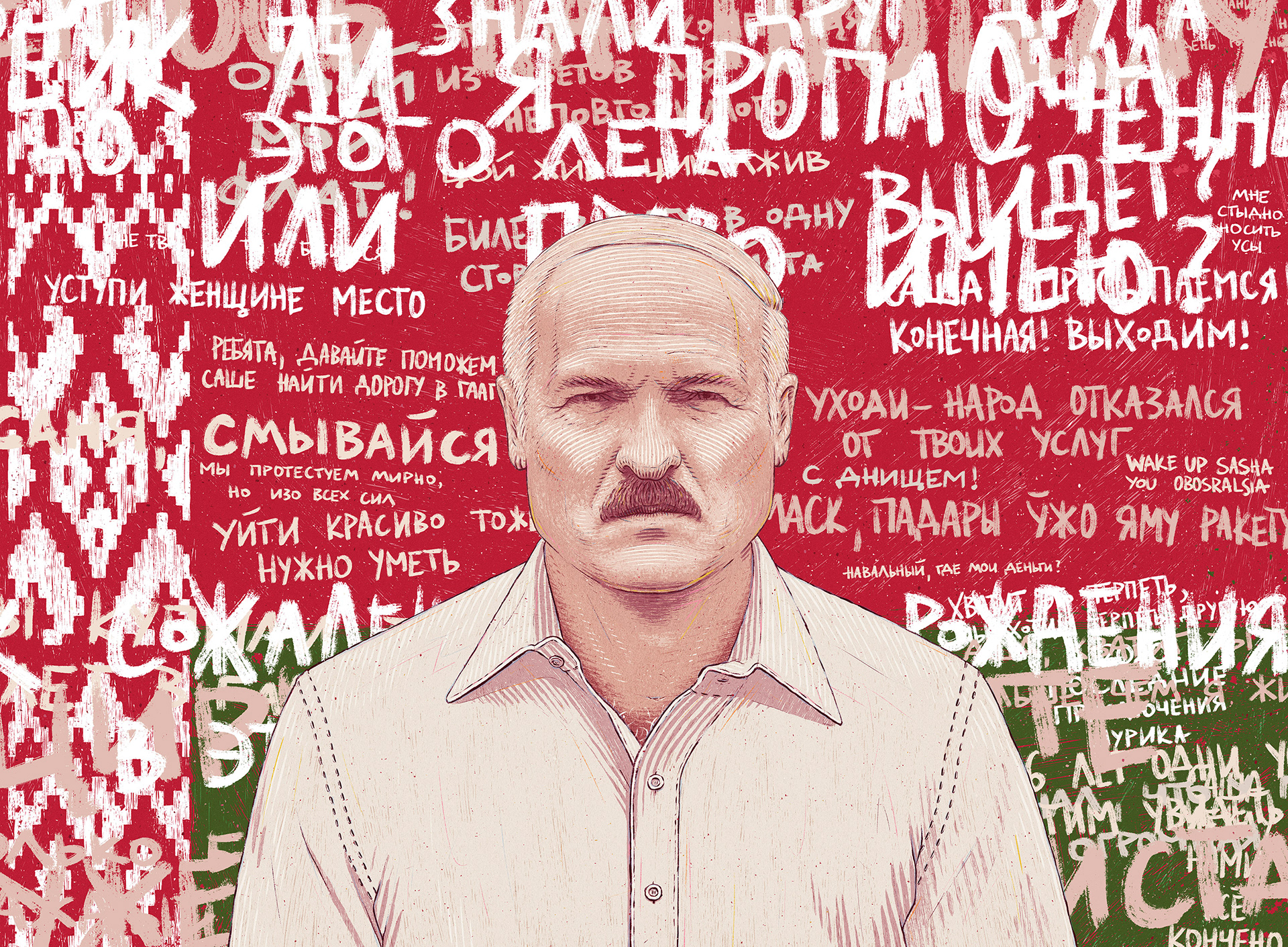 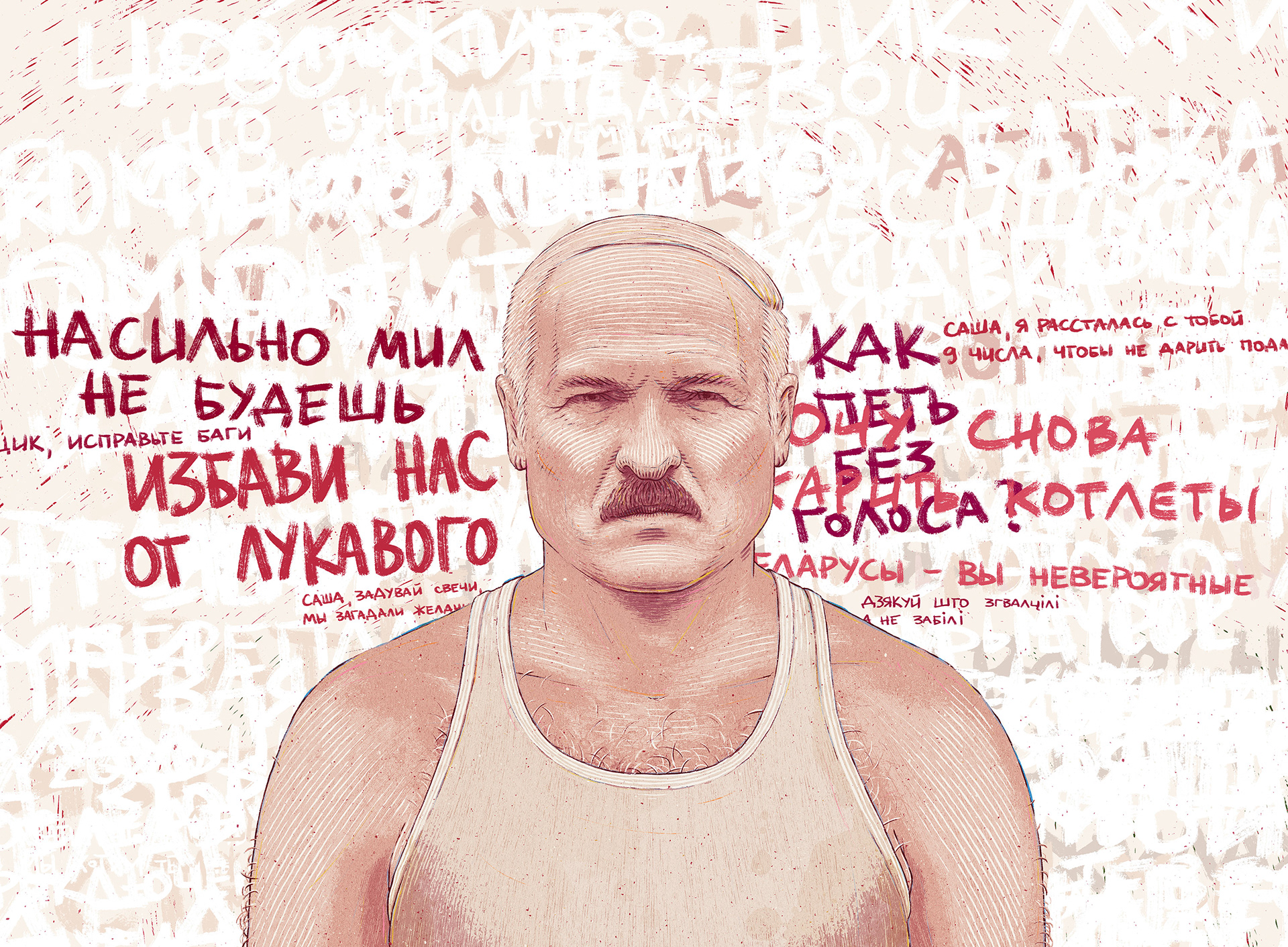 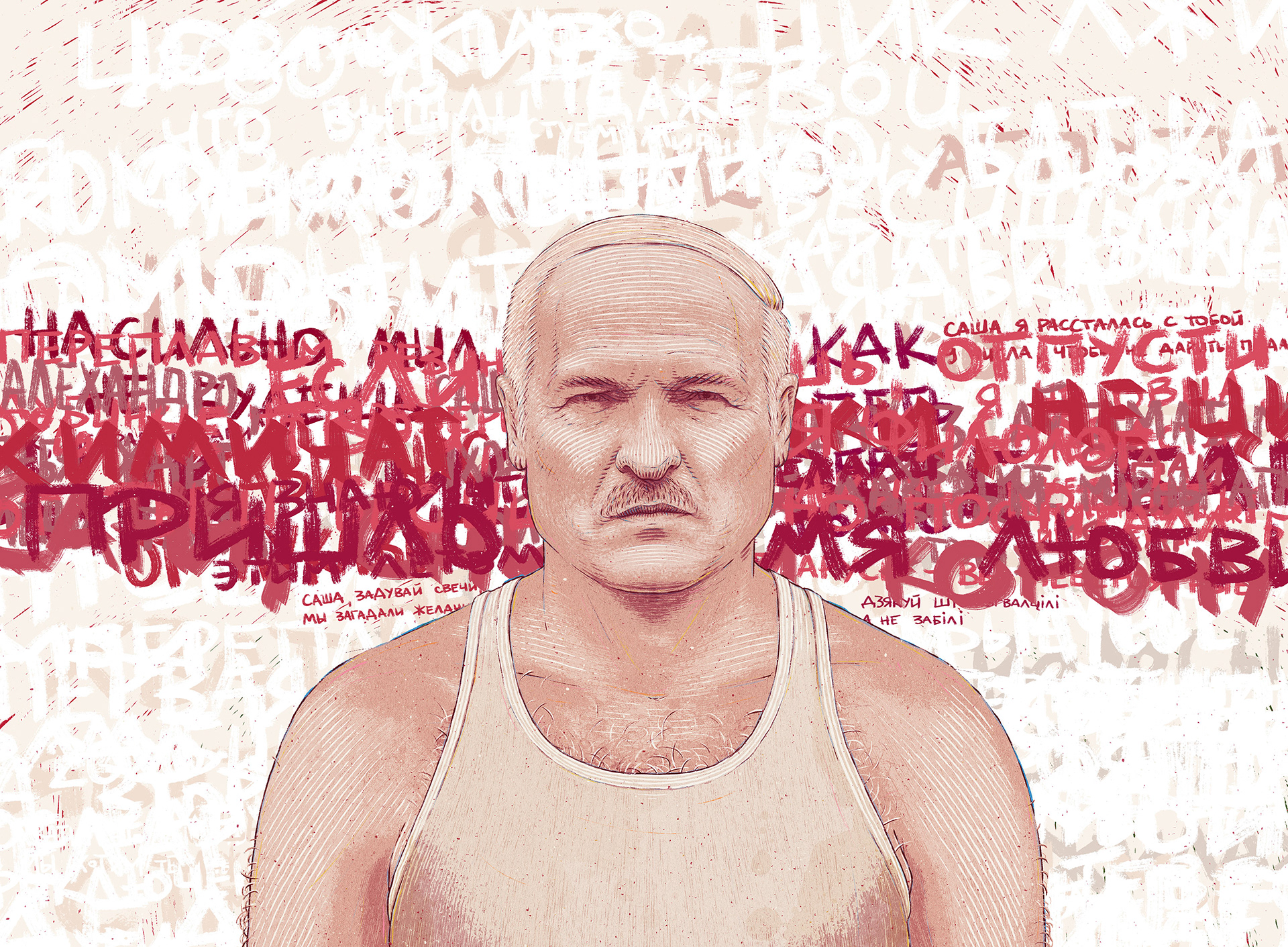 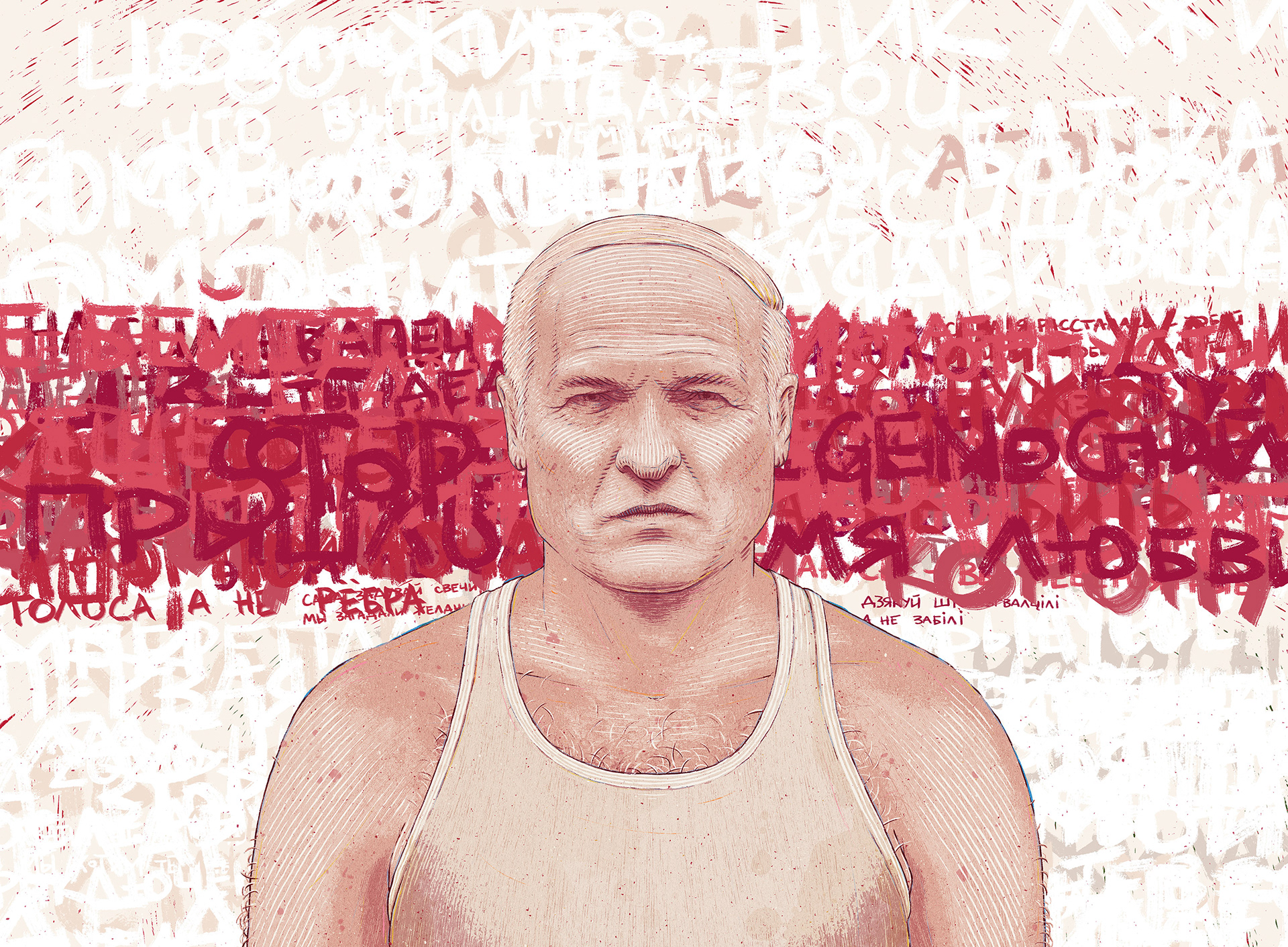 A hand drawn selection of over 100 slogans that had been really used during the protests. 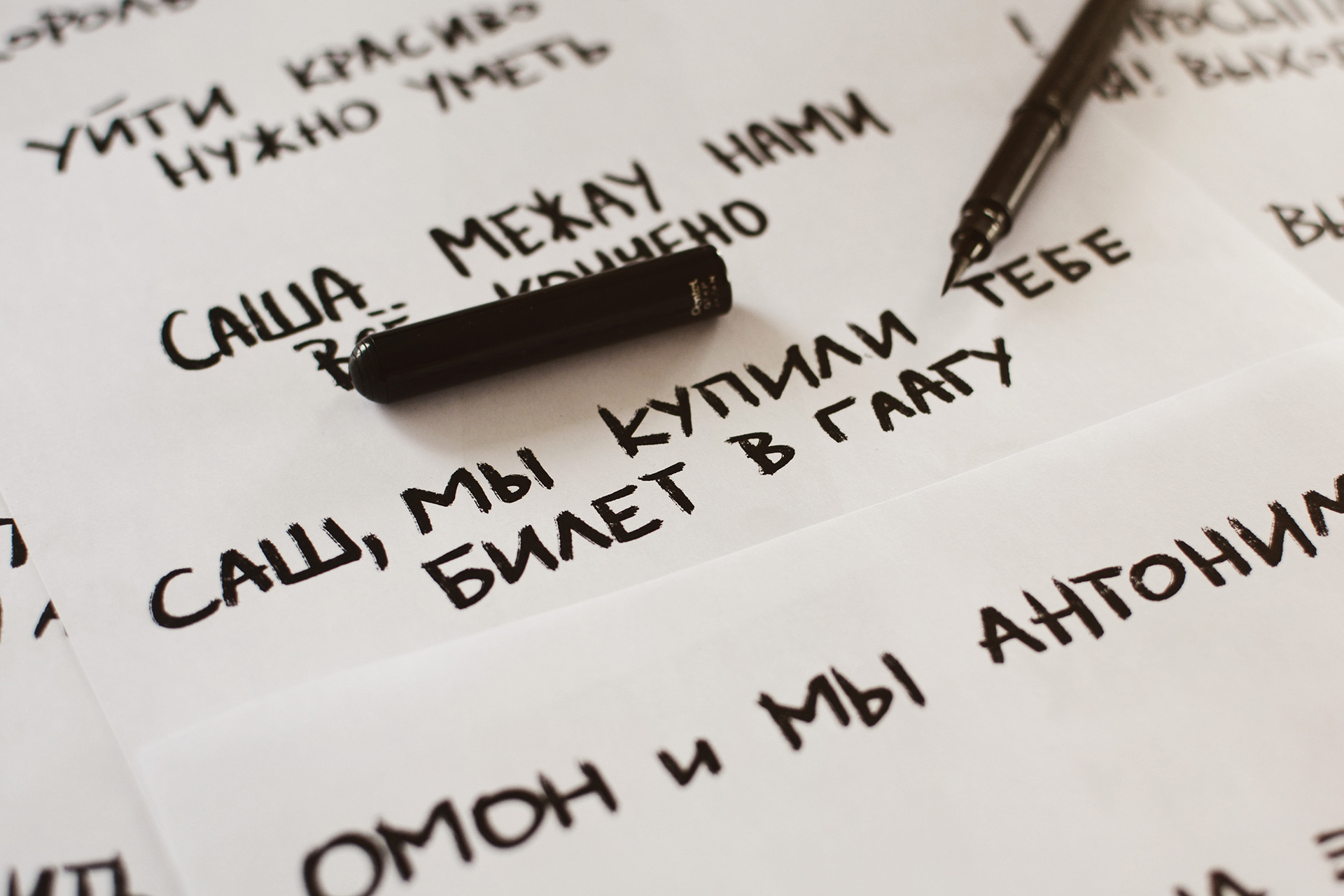 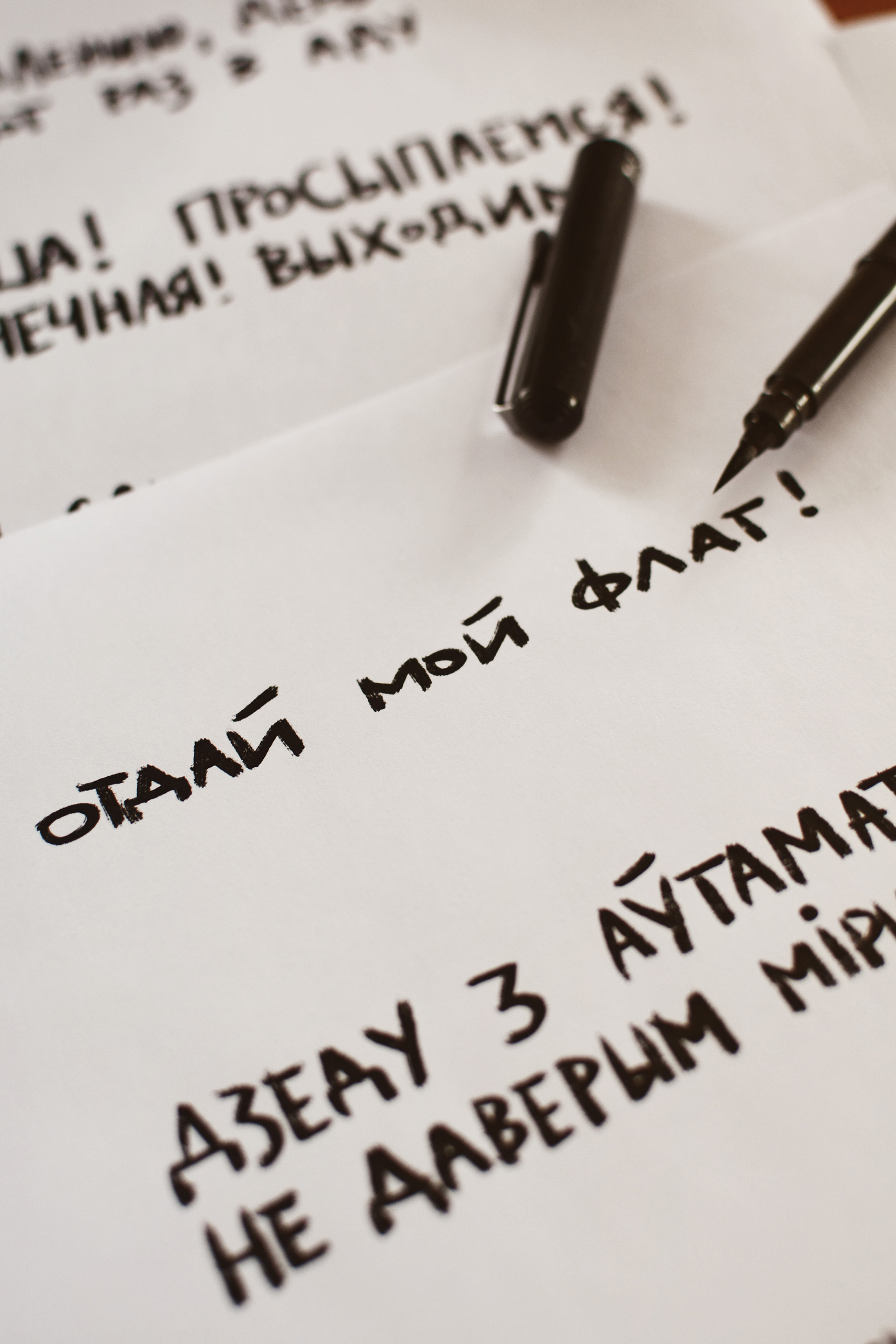 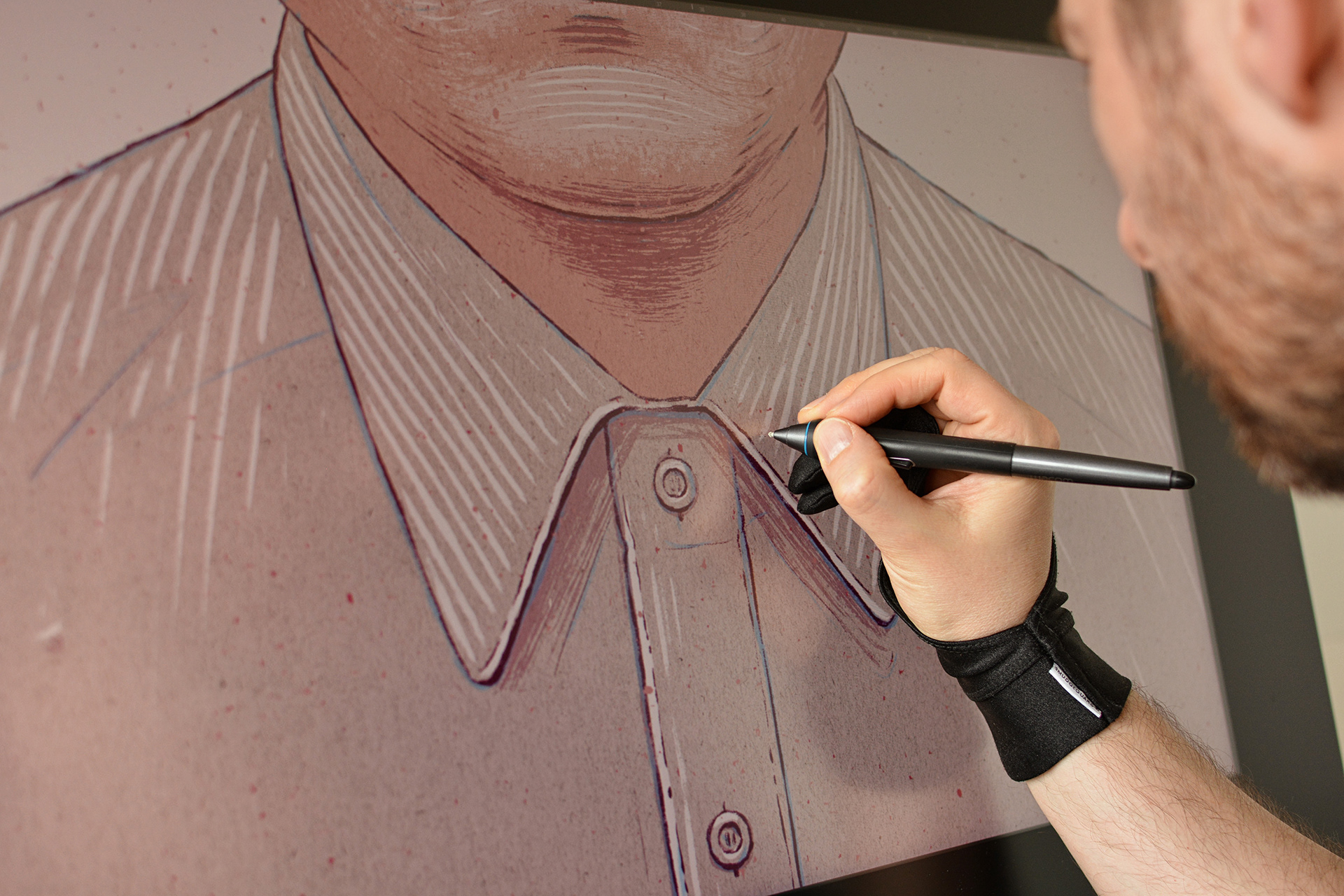 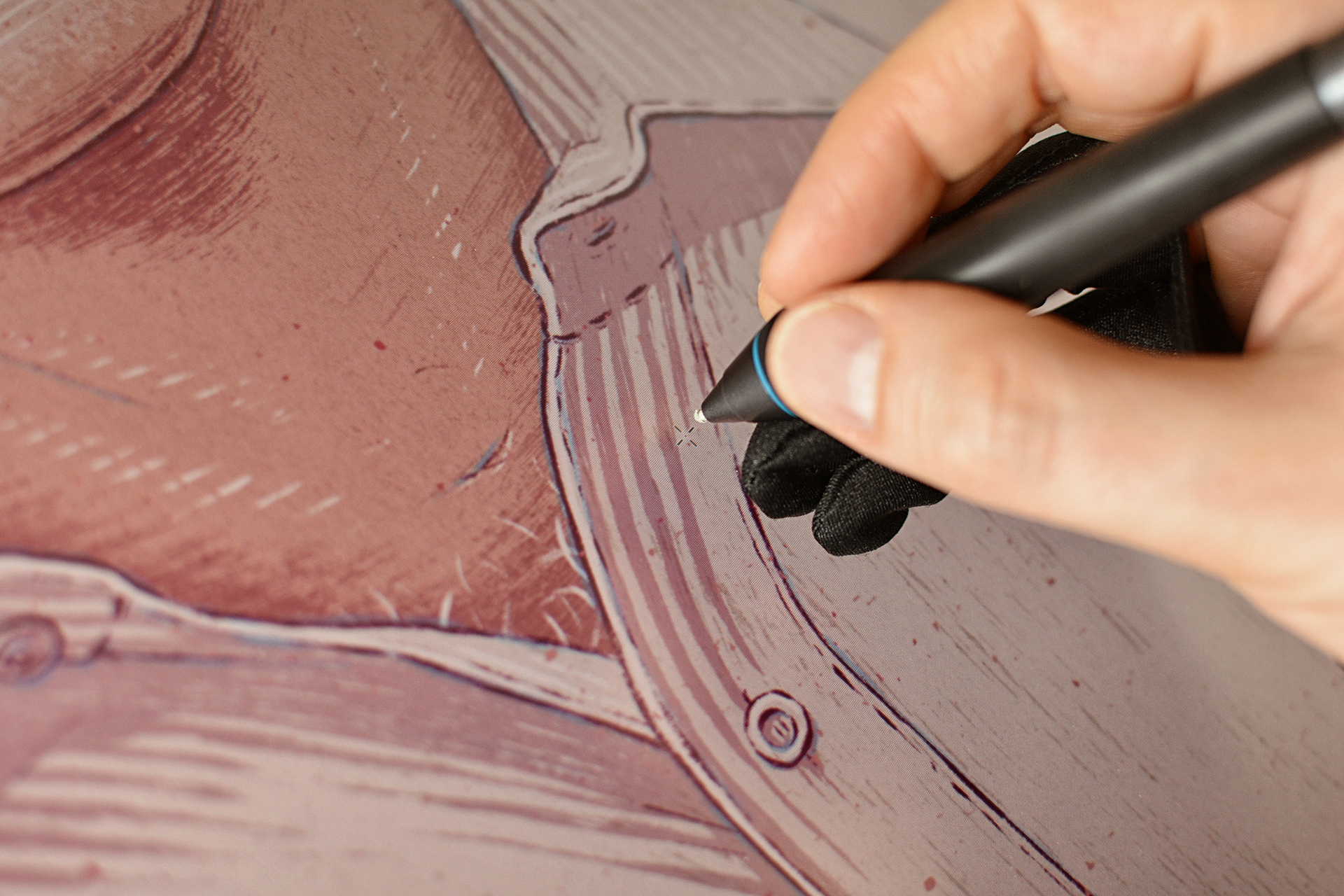